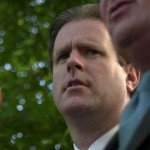 As former police officer Charles Schwarz heads back to prison to start his five-year sentence for perjury, New Yorkers have come to realize they may never know who besides imprisoned former cop Justin Volpe participated in the vicious August 1997 torture and sodomy of Abner Louima. And even as Schwarz and his lawyers were working out a plea arrangement in federal court that permitted him to avoid admitting guilt in the Louima assault, New Yorkers were learning that yet another heinous crime–the 1989 rape of a jogger in Central Park–had been committed by a man who had gone untried and unpunished.

Thus two of the most publicized violent crimes in recent New York City history are joined in parallel scenarios that may never be fully understood or satisfactorily resolved. In both cases the savagery of the assault left the victim unable to provide key information–even as both cases refocused the definition of brutality to some previously incomprehensible level.

SCHWARZ CAN NO LONGER PROCLAIM HIS INNOCENCE

The saga of Charles Schwarz’s drive to be found innocent in court ended when he signed a sentencing agreement a few minutes after 8:00 p.m. on Saturday, Sept. 21 — less than two days before his fourth trial was scheduled to begin in Federal District Court in Brooklyn. A jury had been chosen the previous day, and the stage was fully set for the next trial to be played out in the same courtroom where a previous jury had found him guilty in July of one count of perjury. When that jury deadlocked on another perjury charge and on two civil rights charges the interim U.S. Attorney, Alan Vinegrad, immediately announced that he would retry Schwarz.

That was clearly going to be a difficult undertaking. The July jury’s partial verdict signaled that they thought he was guilty of something, but couldn’t agree on what. The jury foreman later said that 11 jurors had voted to convict on all charges, but that one hold-out “irrational” juror had forced them to convict on the perjury charge only. And as defense counsel Ronald Fischetti noted during September’s plea negotiations, all he needed to do in the next trial was convince one juror to doubt Schwarz’s guilt — something he had just succeeded in doing.

Vinegrad had little reason to believe he would be able to come up with better evidence or more convincing witnesses for the new jury, made up of 9 whites, 3 blacks, and 1 Hispanic. His threat of a fourth trial was meant to coerce Schwarz into an acceptable plea bargain. Did he succeed? Had Schwarz been convicted on all charges, he could have received a sentence of up to 15 years. But that almost surely wasn’t going to happen, even with a couple of judicial rulings that went against the defense. (The judge ruled, for example, that were Schwarz to testify he could be questioned on the perjury conviction.)

What the sentencing agreement did for the prosecution was eliminate a trial — and its potential loss — while securing Schwarz’s agreement to the highest possible sentence (5 years imprisonment plus 3 years supervision) for the one perjury conviction. Did Vinegrad go this route because he feared that Judge Reena Raggi, who sternly presided over the third trial, would not impose the highest sentence? No one is saying.

What Vinegrad did get in the plea bargain was a most unusual agreement from Schwarz that he would not continue to proclaim his innocence publicly. Much of the case had been played out in the press, with Fischetti regularly outflanking Vinegrad. Schwarz repeatedly announced his innocence, even dismissing his July perjury conviction as a “small, technical charge.” (For this he earned a harsh reprimand from Judge Raggi.)

Schwarz, his wife, and his lawyers are now forbidden under the sentencing agreement from making any statements “relating in any way to the sexual or other assaults of Abner Louima.” If they abide by this prosecutors will recommend to prison authorities that Schwarz get a 13-month reduction in his sentence–cutting his sentence to just under 4 years. On the other hand, the prosecutors are also bound not to discuss Schwarz’s guilt, making the agreement less of a victory for Vinegrad, who seems to believe in Schwarz’s guilt to the core of his being.

Plus there’s an obvious problem of enforceability, as Robert Levy, a criminal defense attorney, points out–particularly over the long term. “Usually you condition a plea on something like staying away from a neighbor or not returning to a specific place,” says Levy. The Free Charles Schwarz web site has been dismantled and de-listed by the Patrolmen’s Benevolent Association, but what happens if some time in the future a Schwarz lawyer goes on a talk show and says Schwarz is innocent? Or, for that matter, a prosecutor goes on a talk show and says he’s guilty?

The truth is that Vinegrad never got what he really wanted from Schwarz: an admission of guilt. No remorse from Schwarz, no apology, no public acceptance of his crimes, and no implication of anyone else. Had Schwarz pled guilty, he would have set in motion a whole series of criminal procedures against anyone, mostly his fellow cops, who would thereby be shown to have lied. As it is, the guilt or innocence of Schwarz and his fellow cops will likely never be known, and will be an “ongoing open wound,” notes Levy.

Matias Reyes, a man serving 33 years to life for raping three women and murdering a pregnant woman just two months after the April 19, 1989, Central Park jogger assault, told the Inspector General’s office in January that he alone assaulted the jogger. A DNA test confirmed the rape. In February, Reyes was interviewed by the Manhattan D.A.’s office, which then began a quiet review of the case. According to a stunning piece by Jim Dwyer in the New York Times, investigators for the D.A. paid visits to two of the five young black and Hispanic men convicted of the assault in 1990. While “many officials still believe that justice was done” in the case, writes Dwyer, the results of the “visits have shaken veteran law enforcement officials’ confidence in the original convictions.” After all, these boys came to symbolize what political scientist John DiIulio called “superpredators,” a new breed of unredeemable children, “remorseless and morally impoverished” juveniles. Was it possible that their convictions were wrong?

Lawyers for the five young men, who were then teenagers (four of the five were under 16), are asking the court to vacate the guilty verdicts or order a new trial. Reyes’ testimony is compelling because the police never had any witnesses. The victim herself, a 28-year-old investment banker, had been so brutally beaten that she lost three-quarters of her blood and was in a coma for 12 days. Amnesia prevented her from identifying her attackers.

There is no doubt that Reyes raped the jogger, but many other details are unclear or unproven — the most important being whether he was alone. In a notarized statement given to defense lawyers on August 23, Reyes wrote, in an oddly Victorian way, “I was drawn by her appearance and I just had to have her.” He had seen her from the park’s entrance at 102nd Street, and had picked up a tree branch. “A short distance later, I hit her over the head with the tree branch. She fell down and I dragged her into a bushy area … I took off her clothing … I grabbed her again and brought her down, covered her face and continued to beat her with a rock and/or possibly other articles. I left and exited the park,” he concluded, in startlingly cop-like fashion. Nearly all the details in his account were reported in previous newspaper coverage.

Reyes says he has come forward because of a religious conversion in prison. He may indeed have found God. But one of his former attorneys, Richard Siracusa, told Newsday that he is a classic psychopath who is “fully capable of doing what he’s confessed to. I don’t think it’s made up, but you never know: Guys like that — they can’t separate fact from fancy.”

Siracusa, who represented Reyes in 1989 when he was charged with three rapes as well as a rape-murder, took over for a court-appointed attorney who had been relieved, according to Newsday, after Reyes tried to attack him. Reyes then punched Siracusa in the face when he was sentenced by the court.

The police have been criticized for not connecting Reyes with the Central Park jogger at the time. But lawyer Barry Scheck, head of the Innocence Project, told Newsday that the computerized database that now automatically matches samples of DNA did not exist in 1989. Today the database could detect a match between the DNA found on the victim and her attacker–but not then.

Police and prosecutors have always known that at least one rapist had not been caught because they had unidentified DNA from semen left in the victim’s sock. That DNA has now been proved to be from Reyes. But what the DNA doesn’t say is whether others raped the jogger without ejaculating, not unusual for rapists, say the police. Nor does it say whether anyone else beat her or held her down.

April 19, 1989, was a terrible night in Central Park with dozens of people assaulted and robbed by roving gangs. At least some of the five convicted teenagers participated in these assaults. Whether they or anyone else also participated in the far more savage assault of the young investment banker is not known, and may never be known.

This case will provoke an intense scrutiny of criminal justice procedures, including the questioning of suspects. Would the Central Park jogger case have gone differently if New York followed London procedures of videotaping all interrogations? For that matter, would the Louima case have gone differently if the NYPD had videotaped the interrogations of the 70th precinct’s police officers, each of whom was a potential suspect?

Julia Vitullo-Martin, a long-time editor and writer on urban affairs, is the former director of the Citizens Jury Project at the Vera Institute of Justice. She is now writing a book entitled The Conscience of the American Jury.