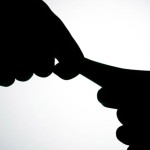 Some of the corruption charges against a Brooklyn matrimonial judge were dismissed yesterday, but a Supreme Court judge ruled that he must still stand trial on the most serious charge, receiving bribes.

The matrimonial judge, Gerald P. Garson, faces up to seven years in prison if convicted of bribe-taking. Prosecutors say that for years, a lawyer who appeared frequently before him in divorce and in Justice Gerald P. Garson arriving custody cases in State Supreme Court supplied him;
in Court. He is accused of taking with food, drink and fine cigars, and that in return
gifts from a lawyer he coached Garson coached the lawyer in how to argue some
before hearing his cases. some of those cases.

Yesterday the judge in Justice Garson’s case, Steven W. Fisher, dismissed six felony counts of receiving rewards for official misconduct. Prosecutors had based those charges on accusations that Justice Garson had violated rules of judicial conduct, and Justice Fisher held that breaking those rules would not be a crime but rather a matter for administrative discipline.

Justice Fisher agreed with prosecutors, however, that the actions Justice Garson is accused of met the legal definition of criminal bribe-receiving: accepting gifts with the understanding that the gifts would influence his actions as a public servant.

Justice Fisher also denied a motion by Justice Garson’s lawyers to withhold from evidence hundreds of hours of audio and video surveillance tapes made during the investigation. He also declined to dismiss misdemeanor charges of official misconduct and accepting unlawful gratuities.

Both sides expressed pleasure after the rulings. The Brooklyn district attorney, Charles J. Hynes, said, “We’re very pleased that the main part of the indictment has held up.” He said later that he would appeal the dismissal of the other felony counts.

Justice Garson’s lead lawyer, Ronald P. Fischetti, said the result was the best he could have hoped for. “We’re very pleased,” he said. “I don’t know how the D.A. could be thrilled. He had seven felonies. He has one left.”

Justice Garson’s trial date has not been set. His next scheduled court date is in June.

Mr. Fischetti said the evidence against his client now came down to the lawyer who appeared before him, Paul Siminovsky, “taking Judge Garson to lunch.”

A law enforcement official said, however, that there were an awful lot of lunches, as well as dinners and drinks – more than 130 social outings, with a total value of more than $10,000. Prosecutors dropped charges against Mr. Siminovsky in return for his cooperation.