Target from the Start 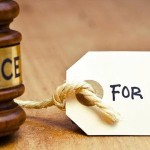 Almost from the beginning, the probe into judicial corruption in Brooklyn targeted Democratic Party boss Clarence Norman, the Daily News has learned.Prosecutors hoped to catch Norman in an incriminating conversation by wiring up an allegedly crooked judge in an undercover sting, sources said.

They said investigators hoped state Supreme Court Justice Gerald Garson could make good on an offer to get Norman to admit he was selling judgeships.

Garson offered to go undercover after prosecutors confronted him in March with evidence that alleged he was taking cash and gifts to fix divorce cases, sources said.

The judge agreed to help Brooklyn District Attorney Charles Hynes investigate rumors that judgeships could be bought from Democratic Party officials. “He wanted to get to Norman [and thought] the first stop to get there was Ravi Batra,” a Manhattan lawyer and close political confidant of the county leader, according to a source.

The source quoted Garson as telling investigators, “I could wear a wire and talk to Batra to see if I can get him to take the bait.”

Garson, 70, met once with Batra, 48, in early April, sources said, asking him directly whether there was any way he could help somebody get a nomination in exchange for something.

“But Batra wasn’t taking the bait,” the source said. Garson’s cooperation did not spare him from criminal prosecution. He was arrested and indicted for allegedly accepting cash and gifts to fix divorce cases.

Hynes’ office declined comment. A call to Batra was returned by his lawyer, Randy Mastro, who said the account of the bid to bait Batra “speaks volumes as to why my client is not a target of this investigation.”

“A corrupt judge goes to him and tries to entrap him and fails. What does that tell you?” asked Mastro. “That Ravi Batra was a person who couldn’t be entrapped and wasn’t involved in such activity.”

He said Batra, who last week resigned as head of Norman’s judicial screening panel, was fully cooperating with Hynes’ investigation.

Meanwhile, court affidavits show that prosecutors allowed wiretaps of Garson’s robing room to lapse twice during their probe, sparking defense cries that prosecutors were protecting the jurist and Paul Siminovsky, the lawyer accused of trying to influence him with gifts.

Gerald McMahon, a lawyer for Nissim Ellman, who has been charged with bribing Siminovsky to get to Garson, is furious.

“What I’d like to know is why the prosecutors allowed the wiretap order for the judge’s robing room to expire – twice – yet at the same time bugged Nissim Ellman’s office and telephones continuously from November 2002 through March 2003,” said McMahon. “Someone’s priorities were wrong.”